An iconic decade makes for iconic brides. We took a look back at the 1960s and selected some stunning photos of ultra chic brides throughout that decade. On the one hand, women were influenced by Grace Kelley’s fairytale-like wedding of late-50s. At the same time, more and more young women were steering away from traditionally glamorous gowns. Instead, they were opting for flowing gowns inspired by the mellow youth culture and more modern styles like tailored dress suits. Most brides sported the popular doe-like eye makeup and big hair, which is consistent with the 60s aesthetic.

Which 1960s muse is your favorite? Did we leave anyone important out? Let us know!

Richard Burton and Elizabeth Taylor in 1964

For her 1964 wedding to Richard Burton, screen siren Elizabeth Taylor wore an empire waist daffodil gown with lilies of the valley and hyacinths in her hair. Burton presented her with a diamond and emerald brooch, which she wore on the big day. The bride’s choice of color and hairstyle would be remembered as one of the most iconic fashion moments of the century. 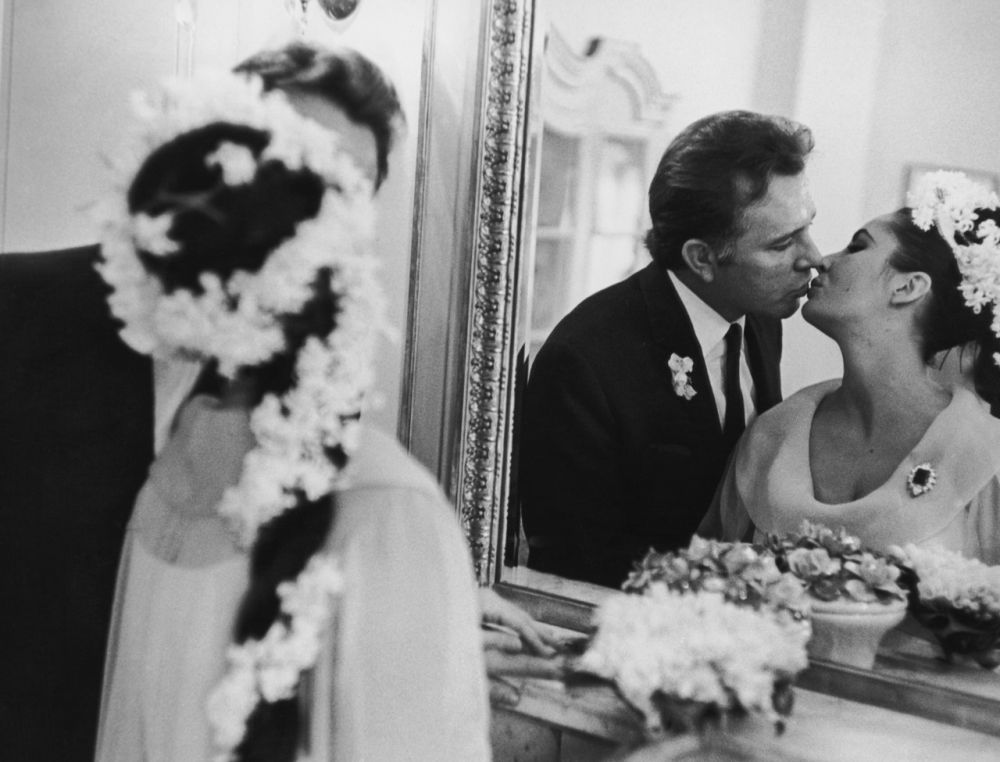 Mia Farrow was still a young, up-and-coming actress when she married American singing legend Frank Sinatra. The bride wore a clean and perfectly tailored pantsuit to her Vegas wedding and went down in history as one of the chicest brides of all time. 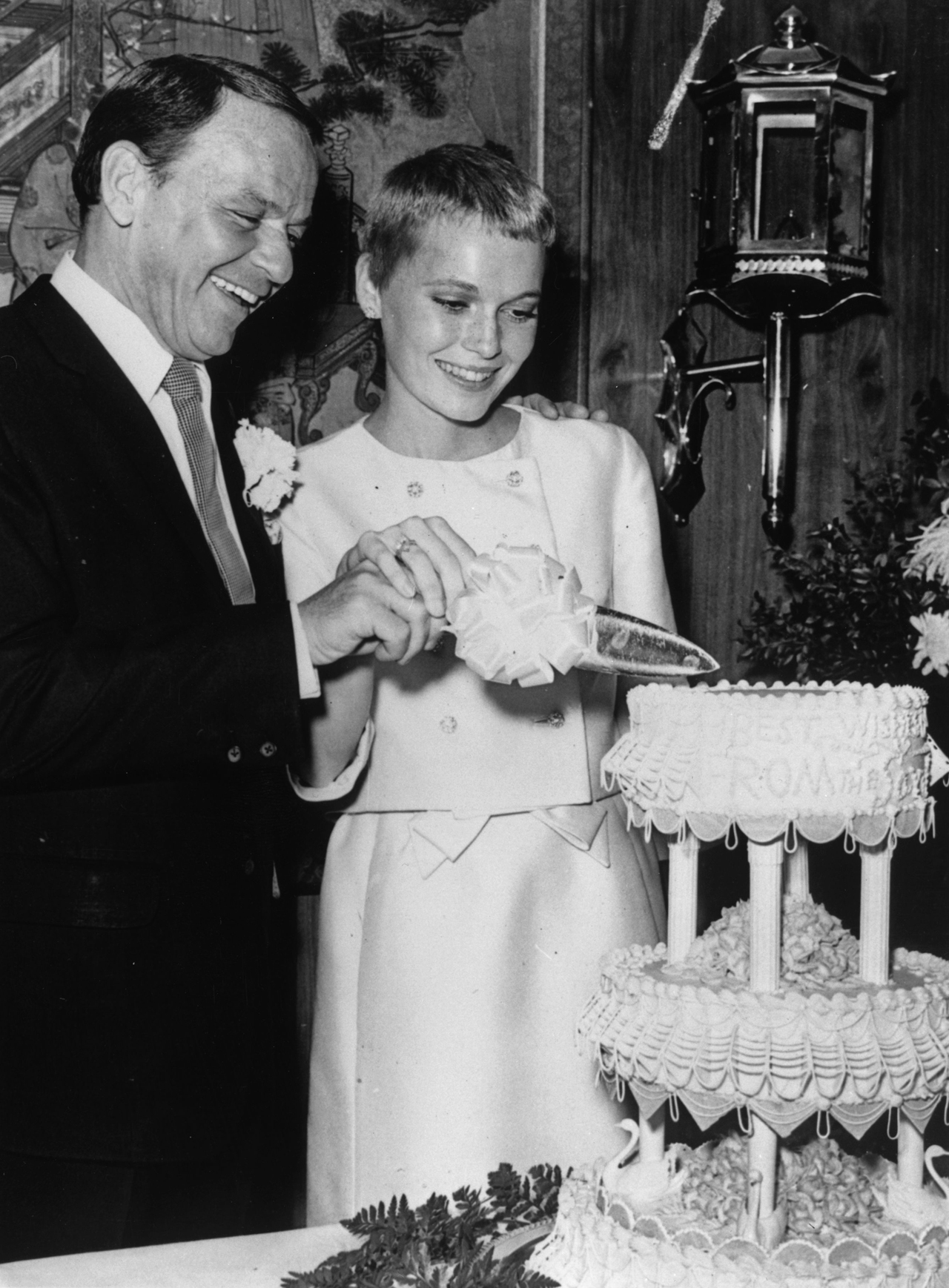 Elvis Presley and Priscilla Beaulieu in 1967

The sixties heartthrob married his 17-year-old bride in a black brocade silk tuxedo and cowboy boots, while the bride wore floor length gown that she designed herself. The gown was embellished with seed pearls and paired with a 3-foot veil. 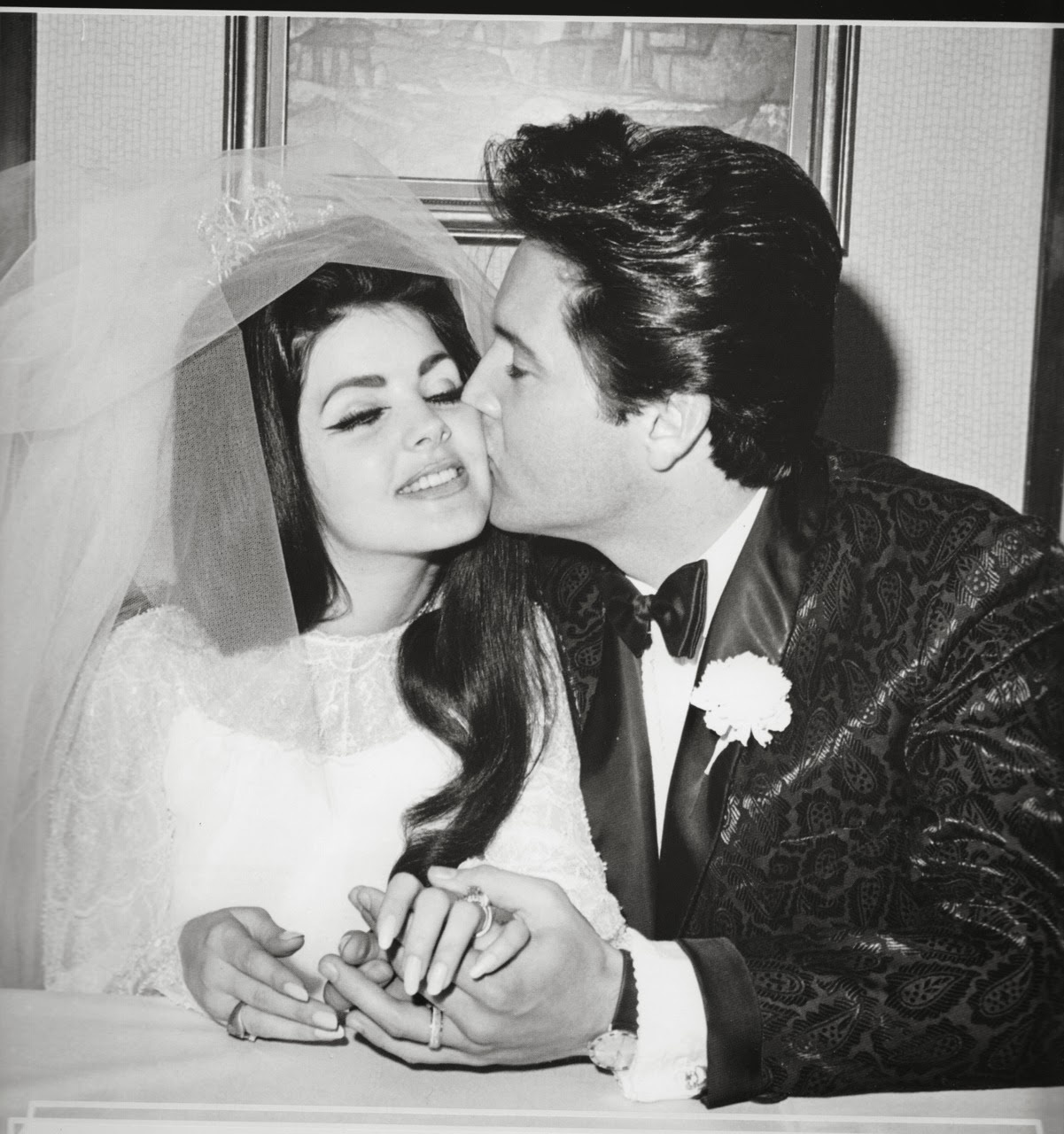 Roman Polanski and Sharon Tate in 1968

With the reputation of being a hip and modern beauty, it was only natural that Sharon Tate would opt for a less traditional look on her big day. The bride wore collared mini dress with long buffon sleeves, epitomizing the ‘Mod’ style. 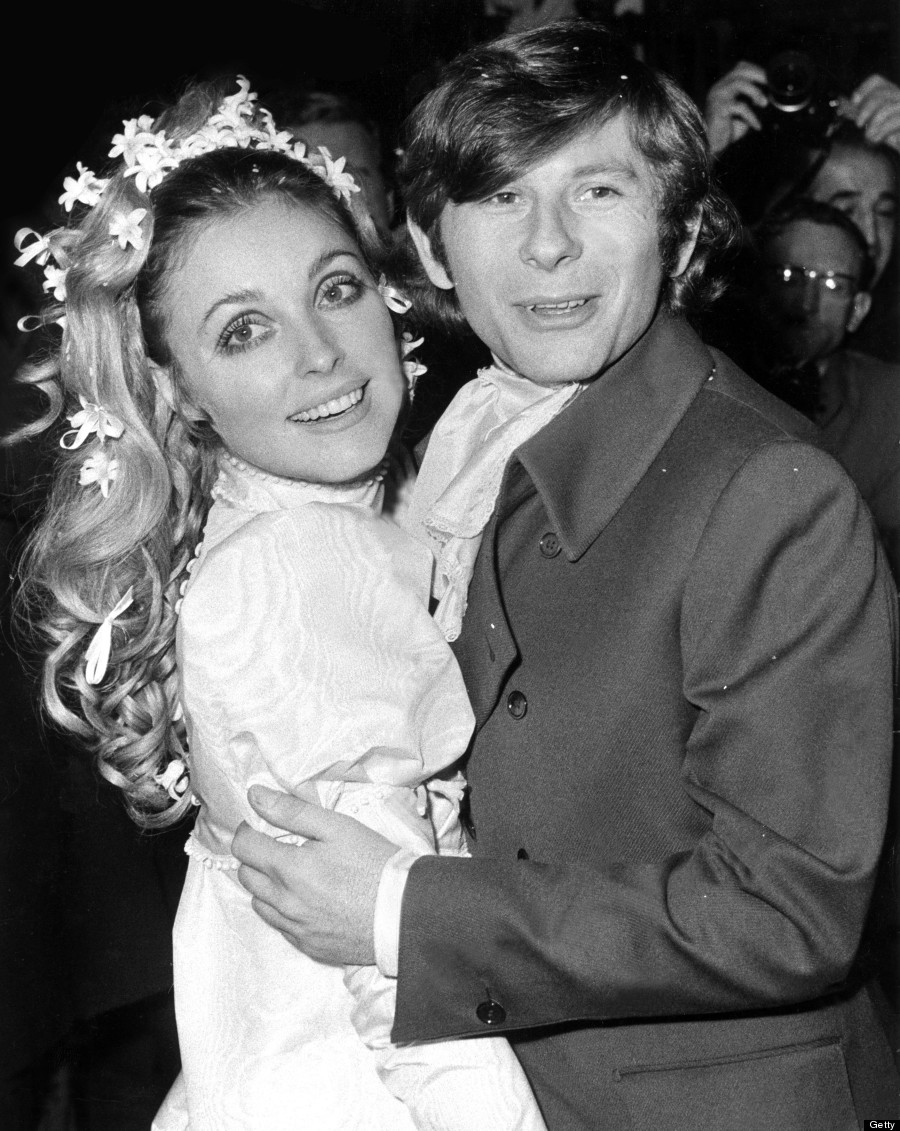 Timeless style muse Audrey Hepburn wed psychiatrist Andrea Dotti in 1969 after meeting while they were both on holiday. The bride wore a pink wool bespoke Givenchy dress and a matching headscarf. Also one of the most iconic wedding looks of all time. 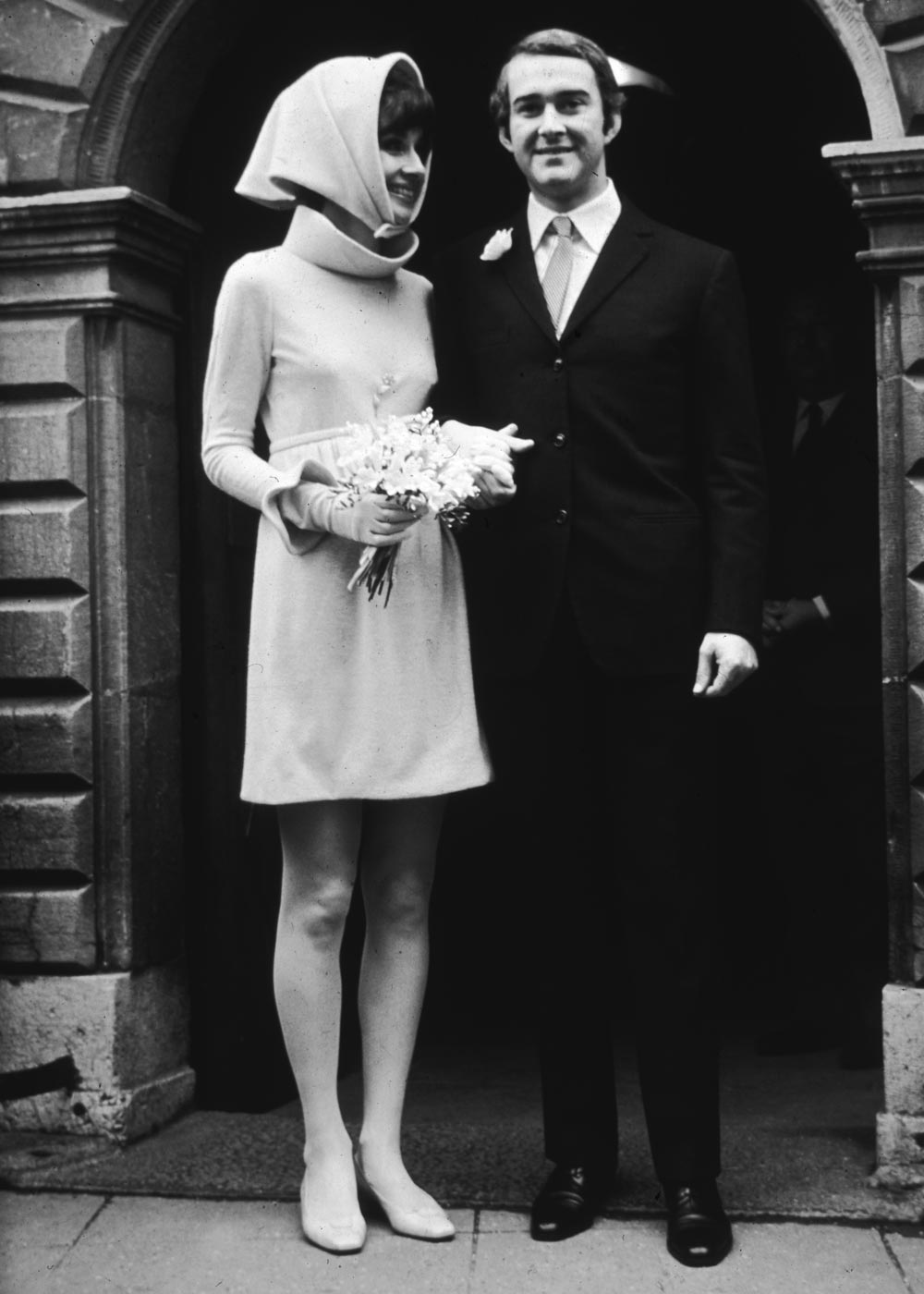 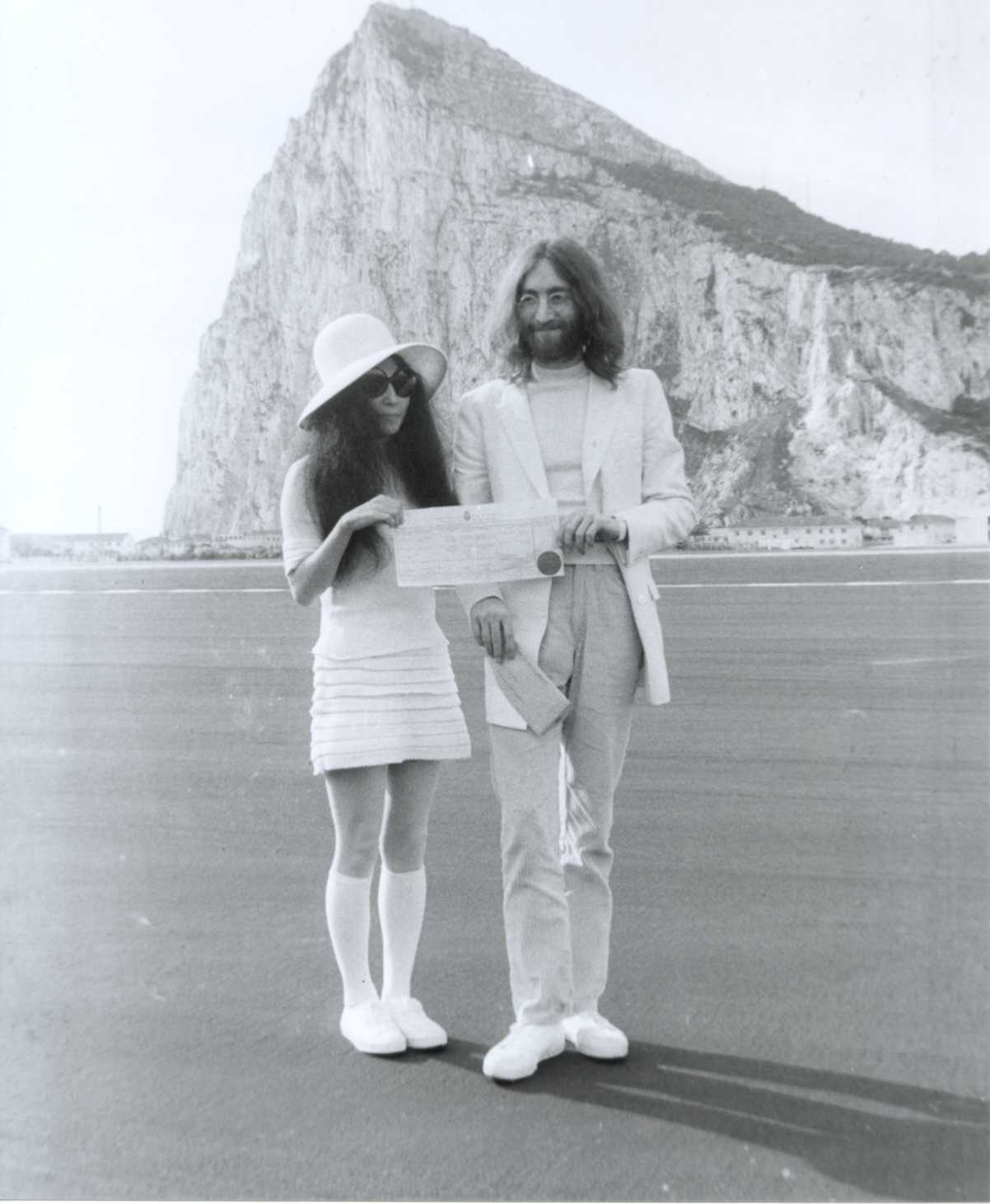 *All photos are courtesy of Getty Images.