Brides used to carry bouquets made of rosemary, dill, and garlic, which was believed to be able to ward off evil spirits. The ‘evil spirits’ during this time was also known as the Plague. 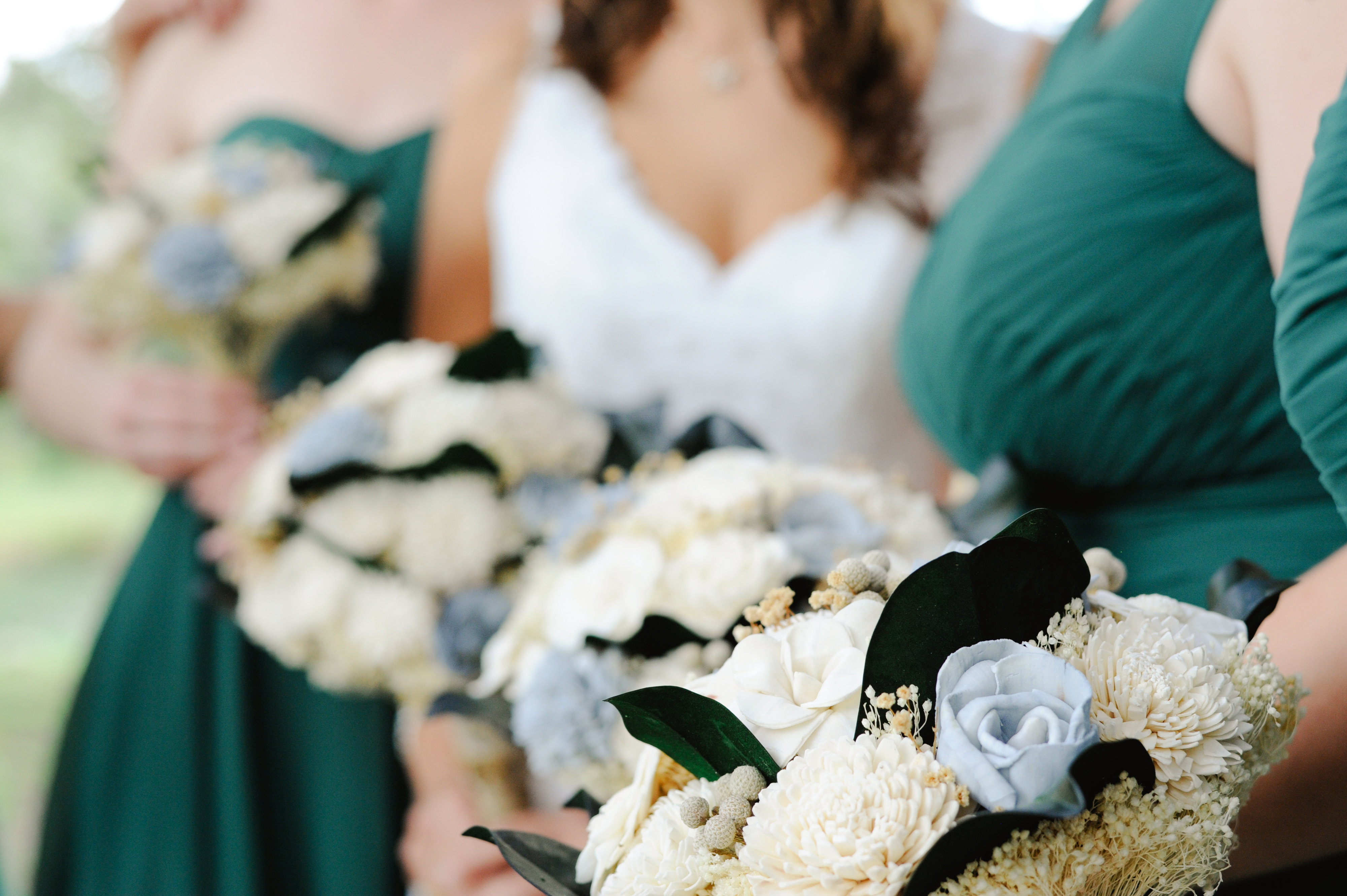 Tossing the Garter and Bouquet

In French tradition, guests would actually tear pieces of the bride’s wedding dress after the ceremony because it was believed to good luck. Over time, brides would pacify the crowd by throwing bits of what she’s wearing instead, like the garter or bouquet.

Many European cultures place a penny in the bride’s shoe, which is meant to bring her good luck and protection.

Something old is ride’s link to her family and past, usually an heirloom from a relative. Something new represents the bride’s newly formed ties with her new family and future, often the wedding gown. Something borrowed is an item from a happily married woman that is supposed to bring her the same luck. Something blue symbolizes the bride’s fidelity and purity.

There are many explanations for how the practice of wearing veils came to be. Romans believed that the bride is vulnerable to enchantment and the veil can protect her from that. Another explanation is that during a time when arranged marriages were commonplace, wearing a veil would prevent the groom from rejecting the bride for her appearance, saving everyone from possible embarrassment.

During Medieval times, guests would stack cakes and make the bride and groom kiss over them as a game.

Grooms during the Roman period would carry their brides on their wedding night because it was believed that demons lived in the floor.

Ancient Norse couples would go into hiding for 30 days after their wedding, during which family would bring them honey wine. Hence: a moon’s worth of honey wine.

Tying Tin Cans to the Back of Your Car

This comes from the French folk custom called the “chiarivari”, where is a party thrown by the groom if he’s from out of town. To make up for the fact that he’s whisking the bride away, he had to throw an all-night bash. Eventually, this was substituted by what we practice today.

Brides Stand on the Groom’s Left Side

During the Anglo-Saxon period, grooms often had to physically defend his bride from kidnappers and had to keep his right arm free to wield his sword. Yikes.

For Jewish weddings, it’s tradition for the groom to crush a wine glass under his heel. It’s supposed to serve as a symbolic reminder of the destruction of the Temple in Jerusalem and serve to remind the couple that marriages are fragile and needs to be nourished.

It’s been said that Spartans were the first to have big nights out with all the boys before you’re set to marry. We’re sure it must’ve been quite raucous.

In a nutshell, Queen Victoria did a lot to popularize the practice of brides wearing white on their wedding day. 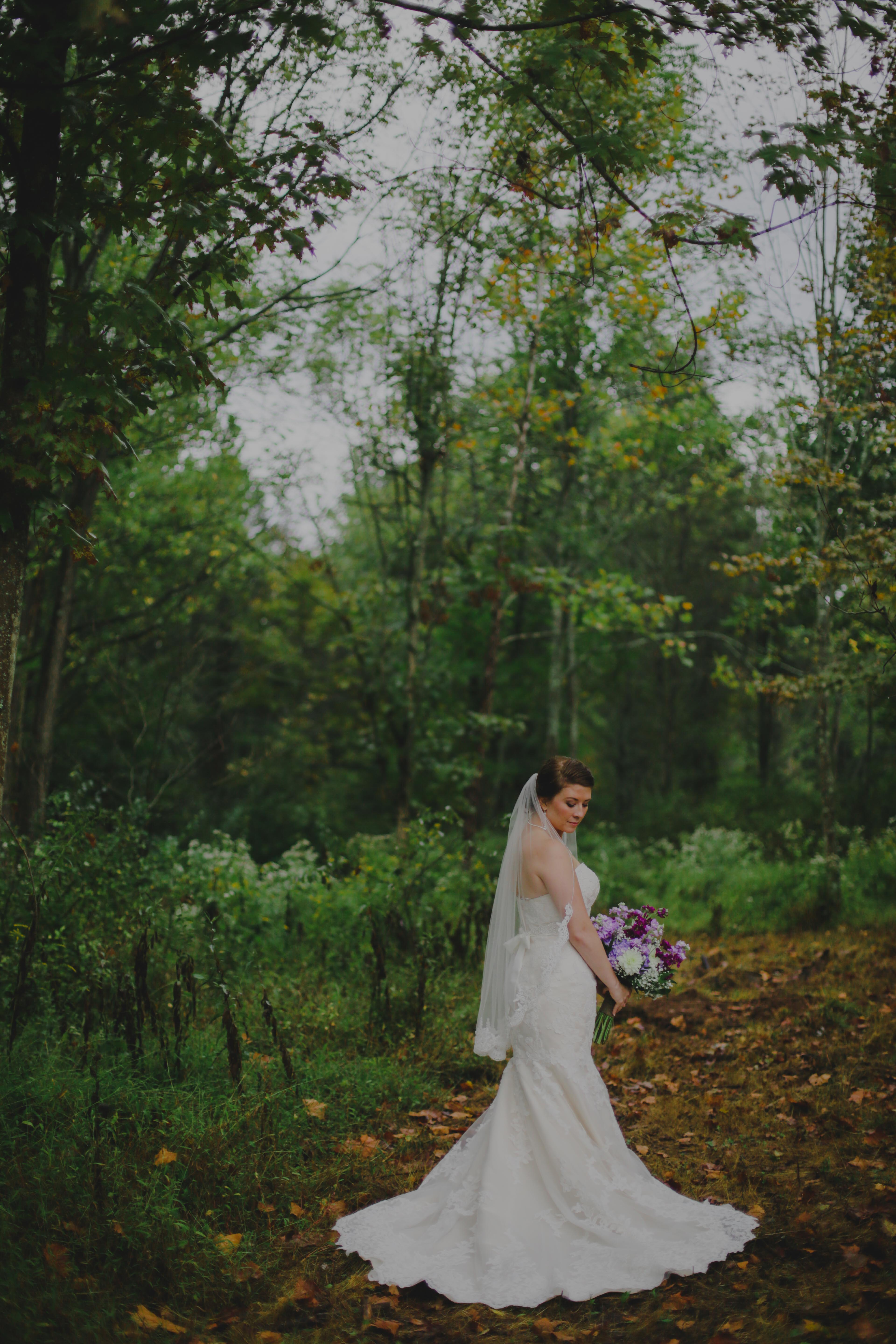 The term to “tie the knot” stems from Roman times, where the bride’s girdle was ties the knots and the groom had to untie them in order to consummate the marriage.

In France, it was tradition that a piece was bread was placed on the bottom of the bride and groom’s drinking classes. The person to finish their drink first and reach the “toast” was said to be the ruler of the household!

Rice is supposed to symbolize fertility for the bride and groom. Different cultures have their own variations of this tradition. Although nowadays, most couples opt for something like birdseed since it’s more environmentally friendly.

You can refer to our post about the history of engagement rings for the full story but many attribute King Maximilian I of Germany as popularizing this practice among the aristocracy when he presented a sparkler to his bride-to-be Mary of Burgundy. 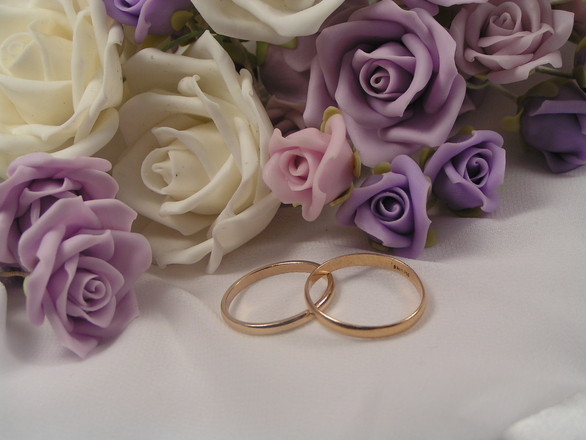 Can’t See Each Other the Night Before the Wedding

When arranged marriages were custom, brides and grooms weren’t allowed to see each other at all because it weddings were supposed to be a transaction between two families.

It was customary for a baby to come very soon after the wedding so a 1-year anniversary was also associated with the tie of a christening, which also needs cake!