Period dramas have been making a comeback in recent years and for good reason. The historical and literary significance, not to mention effusive dialogue, gives an almost escapist experience. Period dramas often contain romantic plot lines with dramatically romantic affirmations, where a wedding finishes the story with a satisfying conclusion. Of course, let’s not forget about the beautiful costumes. We’ve collected some of the most memorable period piece weddings in recent cinematic history.

While we loved both the 2006 BBC and 2011 Focus Features adaptions, we went with latter in the end because of the beautiful interpretation of Jane and Rochester’s wedding at the end of the film; one of our favorite happy endings period literature. And just look at that headpiece! 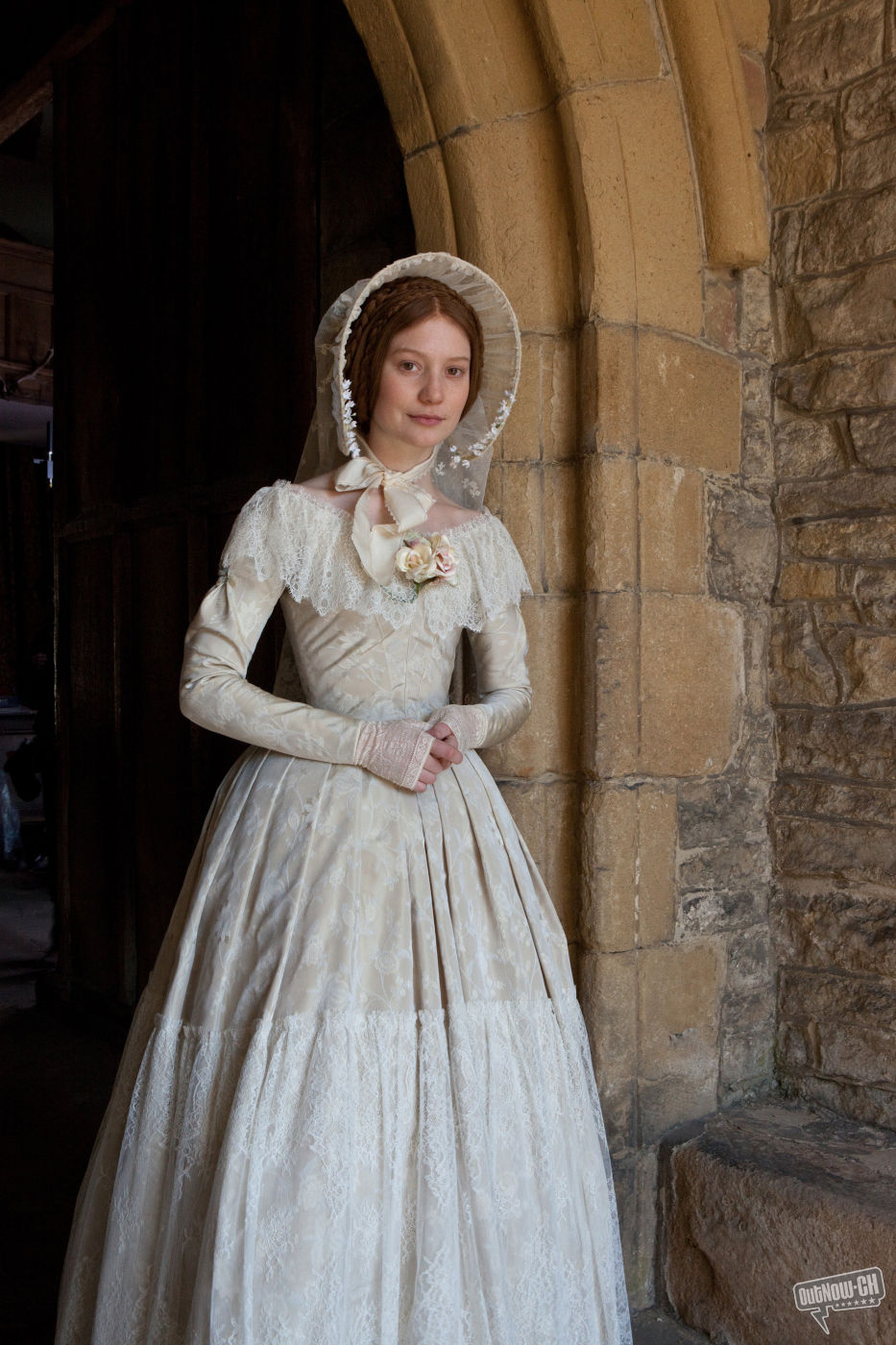 We all know that the wedding in Romeo and Juliet was very last minute, but the bride pulled it off well. In this timeless adaptation, Juliet wore a mauve Venetian gown with matching headpiece. 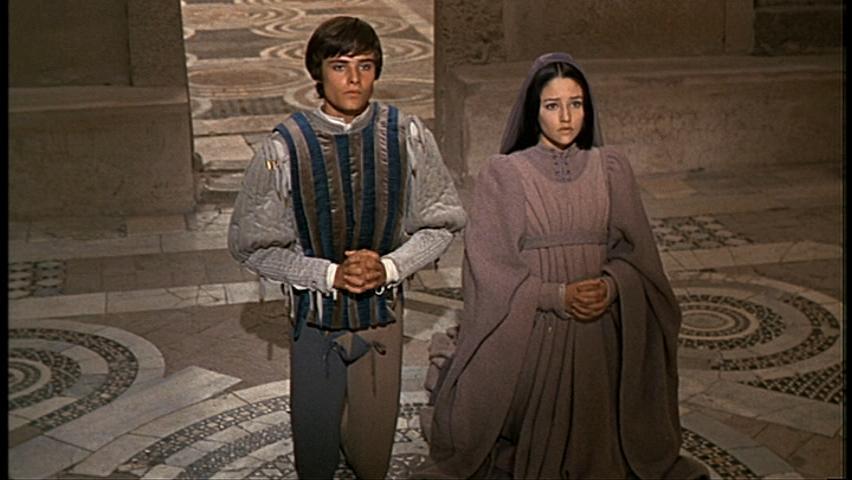 Fans were elated when Lady Mary and Matthew Crawley finally wed in Season 3. Her breathtaking dress had everyone swooning and was rumored to be the most expensive costume in Downton Abbey history. 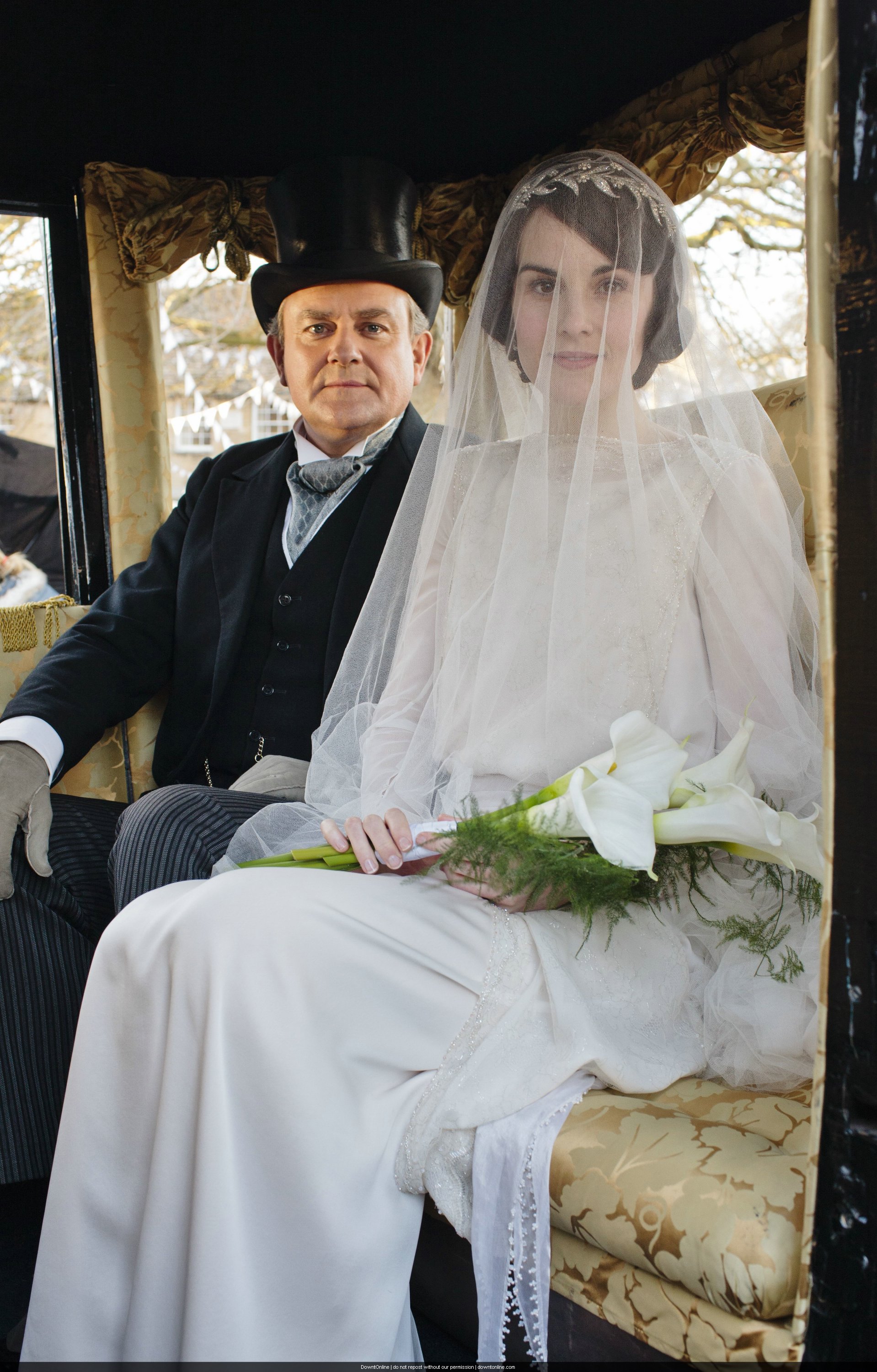 It wouldn’t be a period piece post without talking about Pride and Prejudice. As period piece fanatics, it’s hard for us to call any adaption our favorite, but it’s hard not to count the 1995 version in as one of the best in terms of keeping true to the book. Although we’re not too sure about Elizabeth Bennet’s top hat/veil combo here. 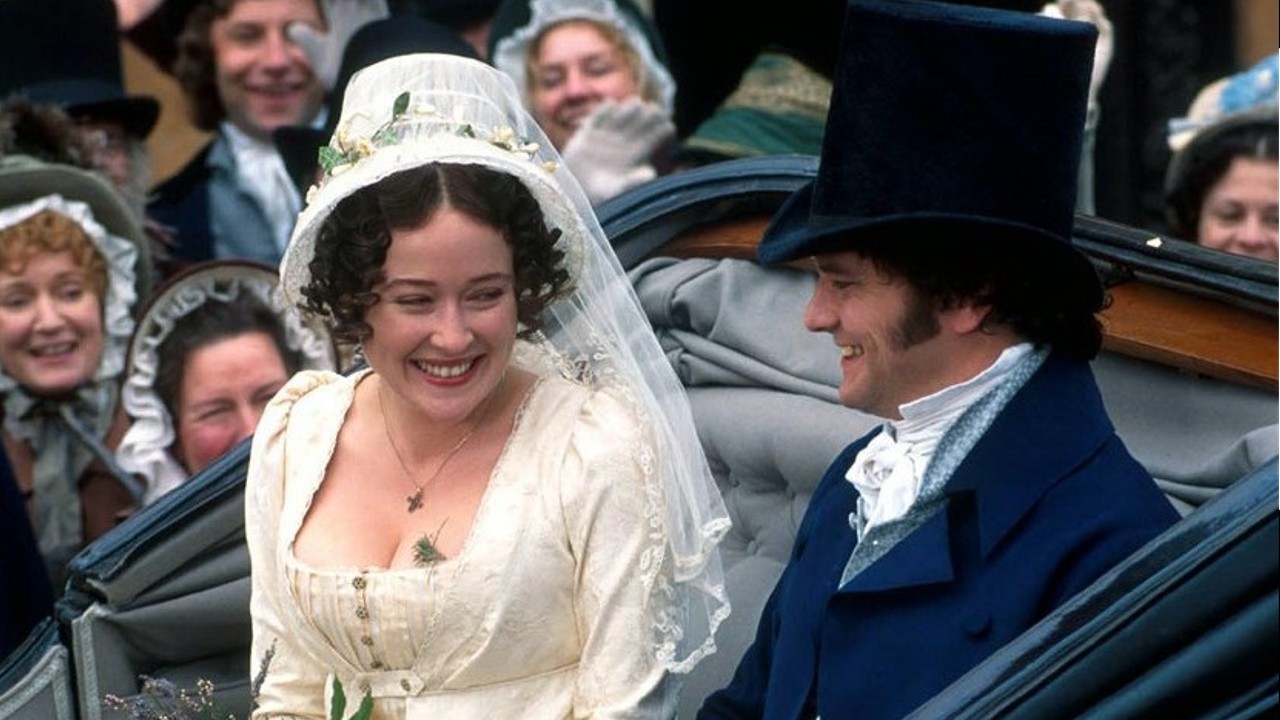 Although there was never a wedding for poor Miss Havisham, we still think that Great Expectations deserves a place on our list, as it’s arguable the most classic novel of all time. Through the countless adaptations through the years, we especially loved the interpretations of the 2012 film with Helena Bonham Carter with it’s eerily dramatic wedding gown. 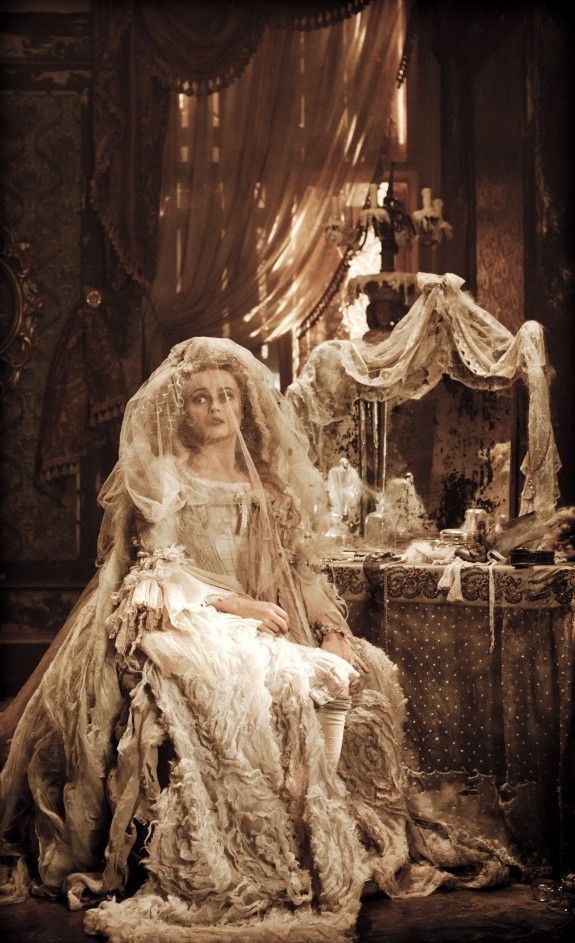 Marianne and Colonel Brandon is one of our favorite Austen couples and their joint wedding with Elinor and Edward at the end of the film was the best moment in the film. Kate Winslet looked so adorable in her embellished Edwardian gown. 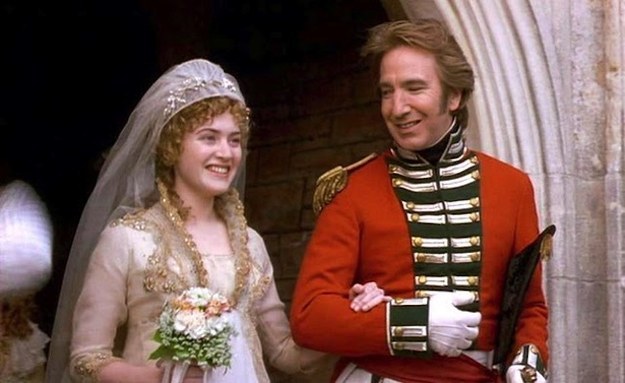 The Tudors were definitely not short of weddings but we loved Jane Seymour’s beautiful gown in Season 3 when she wed Henry VIII. It was very true to the fashion of the era and matched the king’s regal ensemble. 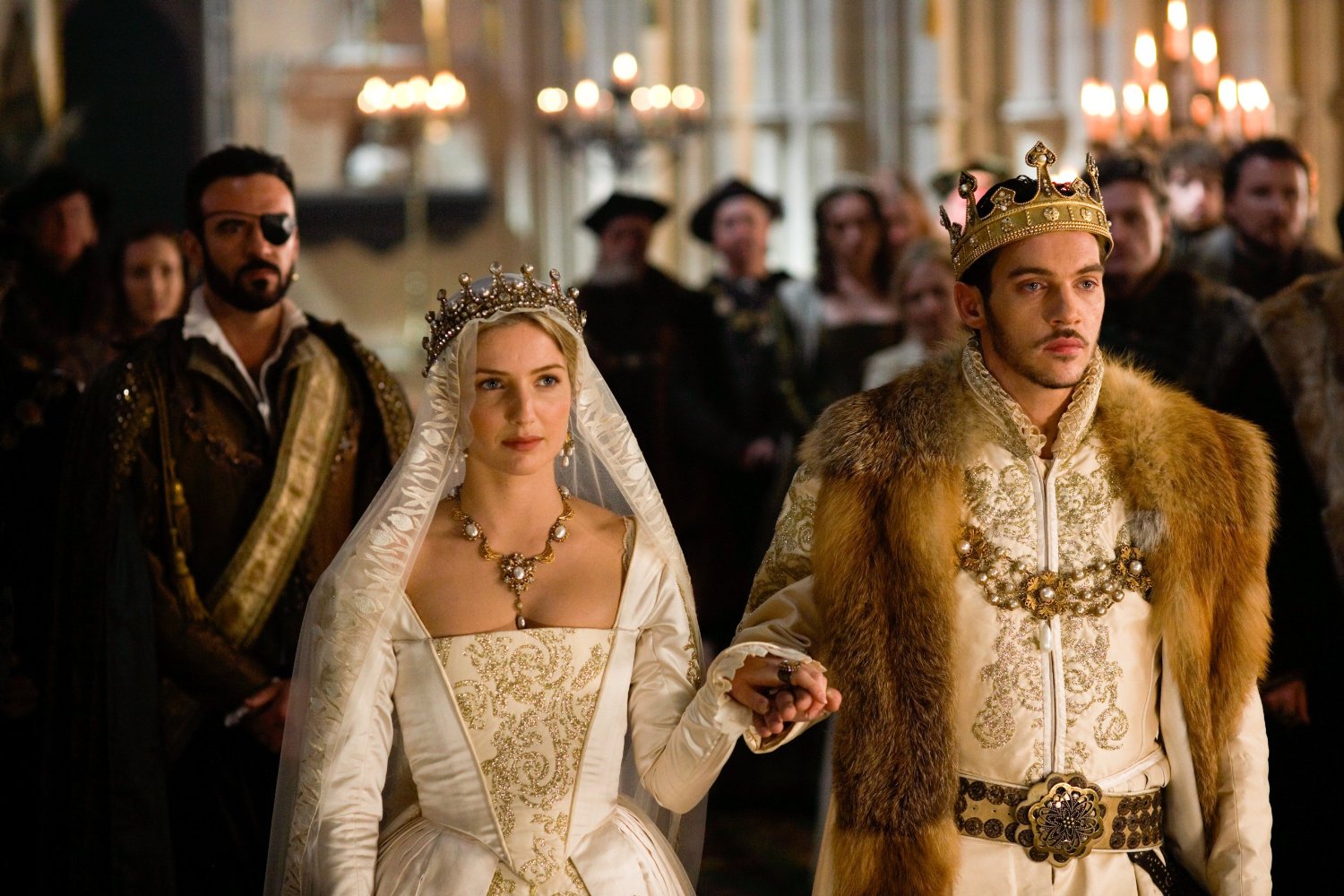 Set in the backdrop of the Civil War era, Gone With The Wind always tops lists of the most iconic films in the last century, which also makes Scarlett O’Hara’s balloon-sleeve gown one of the most memorable. Talk about drama! 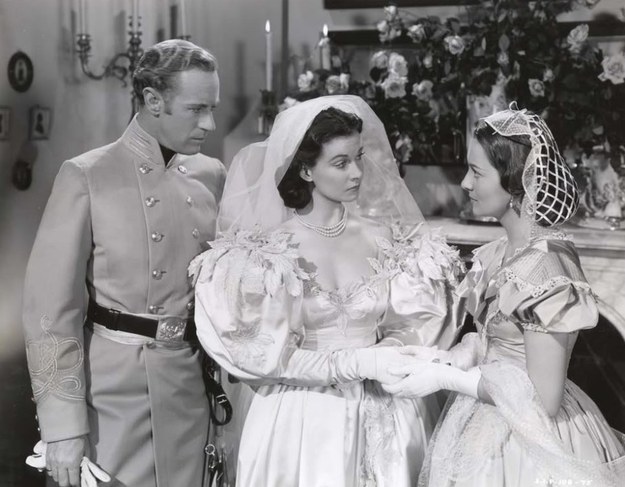 A lesser known Austen novel, Mansfield Park has spurned far less adaptations than her other works. But we still love Billy Piper’s portrayal of Fanny Price and her classic and simple gown for her wedding. 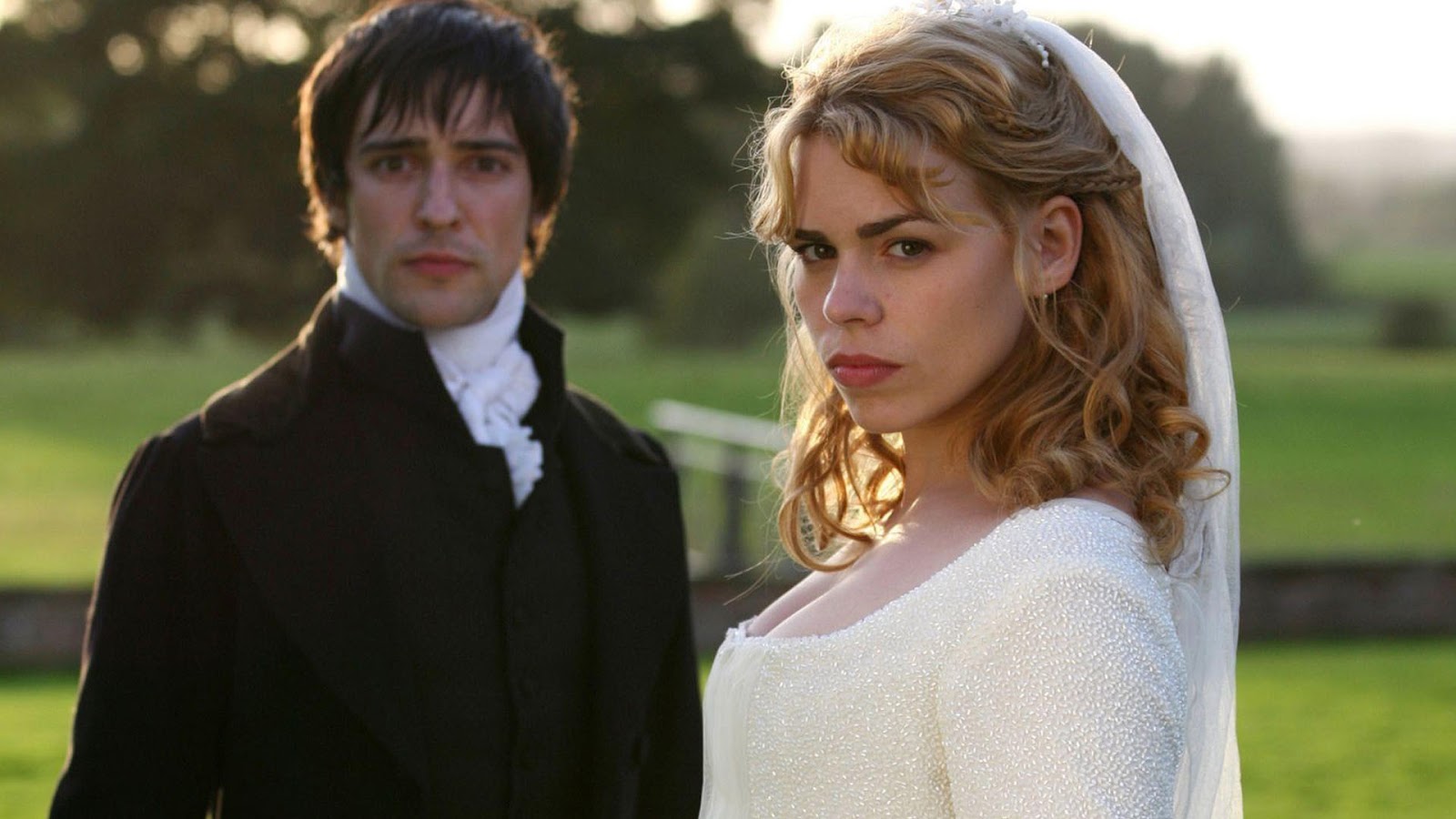 Queen Victoria is often known to be the one who popularized white wedding gowns, so it’s essentially necessary for her to be included in this list. We thought Emily Blunt looked stunning as the young Victoria and her gown was very true to the real thing. 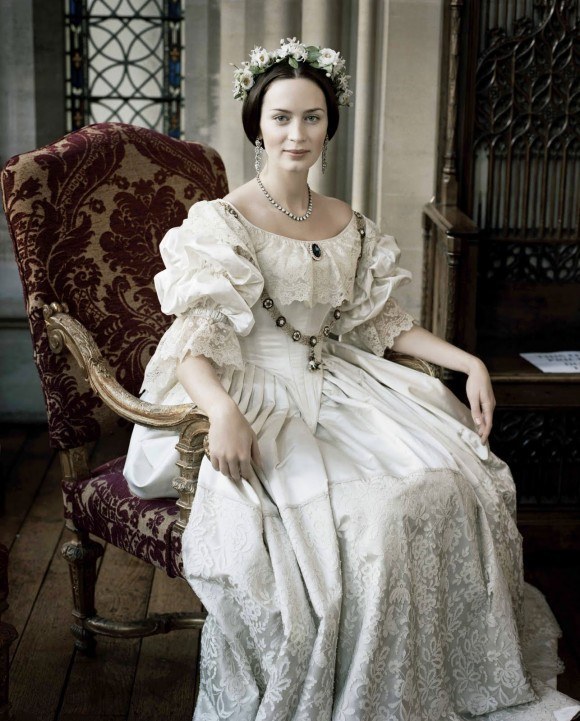 Another Austen adaptation, the 1996 version of Emma was a breakout role for Gwenyth Paltrow. Emma Woodhouse and Mr. Knightly’s wedding definitely came after much misunderstanding, making for a lovely happy ending. 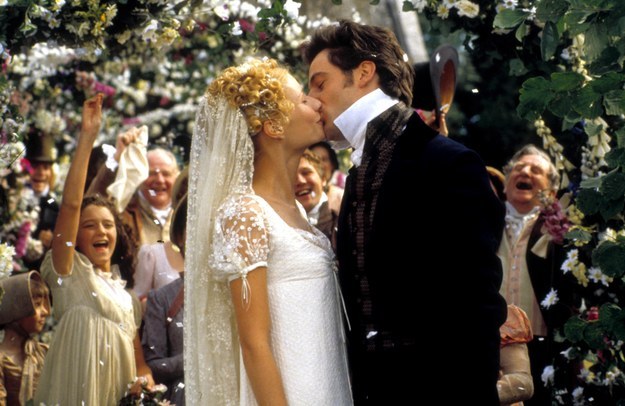 Lovebirds Cosette and Marius had to face a number of obstacles before they were able to finally wed and we’re so happy they did. The bride wore a lace puffed-sleeve gown with dainty white flowers in her hair. 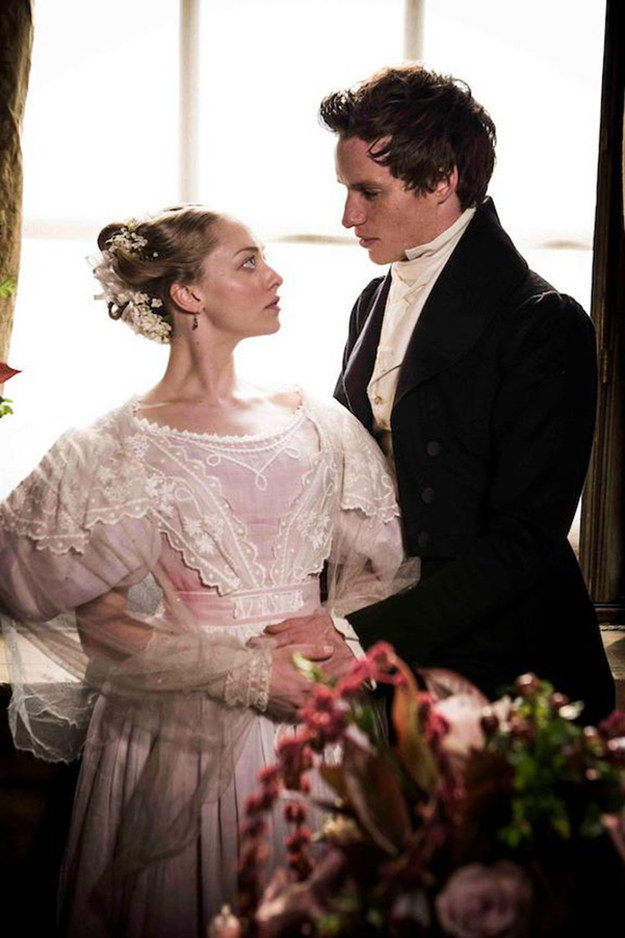 Although this wedding wasn’t between the main couple in the film or a major highlight, we still thought it would be necessary to include it because Daisy’s 1920s dress and its art deco look is so on trend.